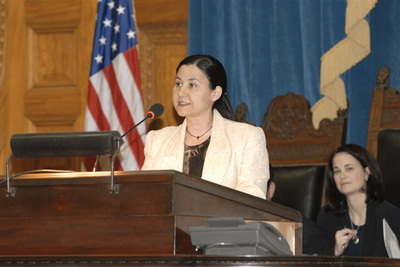 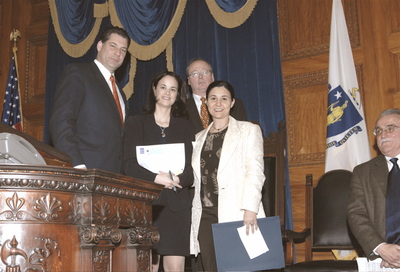 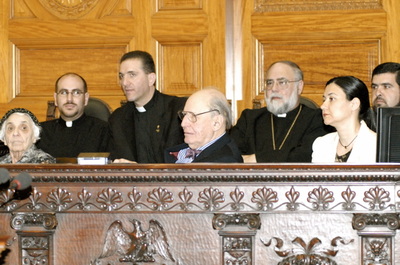 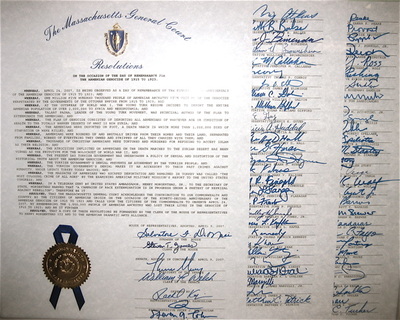 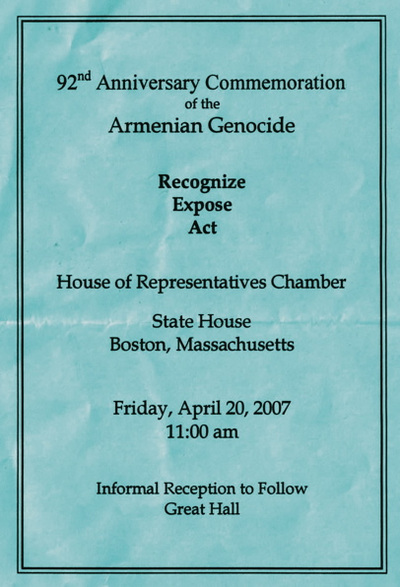 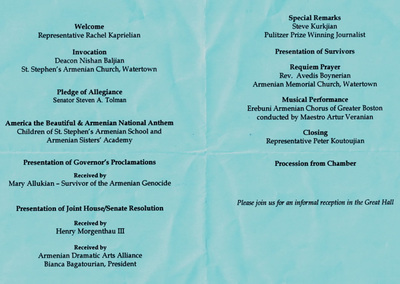 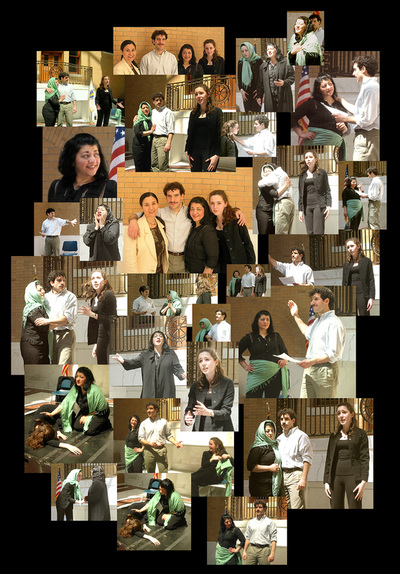 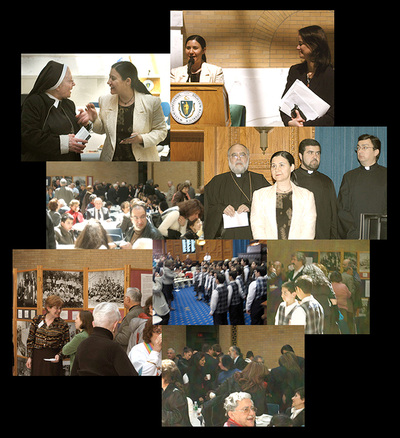 On Friday, April 20th, at the 92nd Commemoration of the Armenian Genocide at the Masssachusetts State House in Boston, the Armenian Dramatic Arts Alliance (ADAA) was honored by being presented with the Joint House and State Resolution for it's service to the Armenian community in the first two years of it's existence. A short speech was given by ADAA president, Bianca Bagatourian (see below) and a dramatic presentation of some Genocide oral histories by three ADAA actors (photos below) took place during the reception. That was followed by a five minute video presentation about ADAA and it's mission to project the Armenian voice through film and theater.

ADAA STATE HOUSE SPEECH, Given by Bianca Bagatourian. "My colleagues and I are thankful for this great honor today. It is truly wonderful to be recognized so early in our existence.The Armenian Dramatic Arts Alliance has been serving the community for two years now.

Our mission is to project the Armenian voice on a world stage through the arts of film and theater. Our motto is: It’s time our stories were told. Genocide stories, stories about our culture or our multi-faceted history. We feel strongly that they should be told and told in a big way through film and theater. Through the arts, we reach people’s hearts. We can reach millions. An example of this is Carla Garapedian’s Genocide Documentary Screamers which was released earlier this year following the band System of a Down. Because of them, 16 year old teenagers in Japan now know about the Armenian Genocide!

That is truly amazing and that is the power of the arts. We thank you for recognizing that today."

Jane Minassian, ADAA Board of Trustees member, held a dinner reception in her home for the members of Belmont World Film & ADAA Board Members, co-sponsors of the premiere of Michael Goorjian's film "Illusion" in the Boston area. ADAA member Paul Boghosian, also arranged an in interview for Michael with the magazine "Imagine". Actor/Performer Paul Geragos entertained the party with his musical performance. 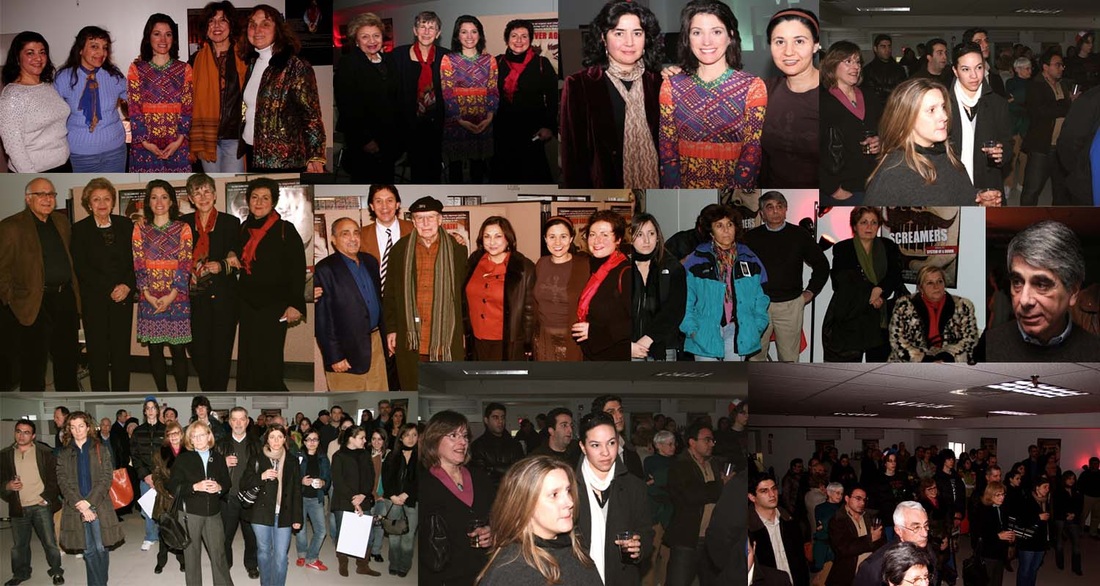