COMING SOON: DATES FOR THE NEXT
​
​SAROYAN/PAUL HUMAN RIGHTS CONTEST

​ADAA IS PLEASED TO ANNOUNCE THE WINNER & FINALISTS FOR THE $10,000

The Good Minister from Harare by June Carryl
A low-level bureaucrat is plunged into a nightmare wonderland of red tape, government thugs and revolutionary zealots after a visit from his father. When the past won't stay buried, do you turn a blind eye and live, or die a martyr in the bloody business of liberation?

Gutting by Jeremy J. Kamps
Fourteen year-old Kali and her mother Eunice return to the Lower 9th Ward of New Orleans two years after Hurricane Katrina to find that “home” is no longer there. Despite the forces of systemic racism driving them away and apart, this mother and daughter learn that loving each other is both an act of resistance and renewal.

The Madres by Stephanie Alison Walker
It’s Buenos Aires, 1979. Two women search covertly for Belen, nine months pregnant and one of the many disappeared people in Argentina’s so-called “Dirty War.”

Paradise by Laura Maria Censabella
Yasmeen Al-Hamadi is a devout Yemeni-American Muslim girl at a struggling inner-city Bronx high school.  Dr. Guy Royston is her disaffected science teacher, a former Evangelical with a mysterious past.  An unlikely research team, together they embark on a neurological study, leading to stormy conflicts over love, faith and culture.

Doing Time by Jerry Goralnick
Based on actual events that took place in July and August of 1957 when Judith Malina, co-founder of The Living Theatre and Dorothy Day, co-founder of The Catholic Worker shared a cell for thirty days in the New York City Women’s House of Detention for protesting civil defense drills.  All the incarcerated women in the House of Detention were twenty-year-old prostitute junkies and as they came to know who Dorothy was they would come to her and confess their life stories.

Zona Rosa by Carlos Morton
An activist medical doctor trying to spread awareness of the AIDS epidemic in 1980's Mexico City is murdured along with four other Gay men in a homophobic crime.

How to Conquer America by David Myers

In 1975, an un-proven research assistant created an ad campaign that turned a queer fermented-milk product into the 9 billion dollar a year phenomena it is today. Now, Arlene Hoffman, along with the ghost of her dead immigrant father, will tell us how she did it. A story of culture, appropriation, family, and the American Dream.

​Bhuta/Kala by Nathaniel Sam Shapiro
Bhuta/Kala follows a troupe of Balinese Hindu religious theatrical performers, who simultaneously are perpetrating the Indonesian political genocide of 1965 while preparing and ultimately enacting the famous play of Barong and Rangda, a traditional tale of good versus evil. As the personal, political, and religious blend together,  the play asks when neighbors take up arms against neighbors throughout history, what stories have perpetrators told themselves to enable their inhuman acts?

The Hunters by Jen Silverman
​When a Vietnamese-American man kidnaps the grandson of the American soldier who killed his grandfather, he must confront the thin line between reparations and revenge. Can we ever find a way past the histories that determine our lives, or does history loom too large to ever be overwritten?

SUBMISSIONS
Our new guidelines above have been refined to reflect our new direction. Please consider carefully whether your script is likely to meet the criteria.

1. Contest is restricted to original plays written in the English language.
2. Worldwide submissions accepted.
3. All Submissions must be submitted electronically in the form of a PDF.  You may submit more than one play in one cycle.
4. Scripts must have received a professional reading and/or workshop, but not a production prior to submission deadline, or be scheduled for one.
5. Plays must be full length (Min. of 60 mins.) and adhere to standard playwriting format.
6. No adaptations or children’s plays.
7. Plays must have Human Rights/Social Justice at heart. You may resubmit the same play in more than one cycle of the contest.
8. Submissions not following exact rules as stated will be disqualified.
9. Previous Winners and Nominees are eligible to submit again.
10. Only “invited” playwrights will be asked to submit scripts after sending in synopsis.
WRITERS SHOULD SUBMIT SCRIPTS THAT INCLUDE THE FOLLOWING
Works must examine Human Rights/Social Justice issues as a central and deliberate theme. We are unlikely to consider plays, for example, that deal with issues of personal freedoms without placing them in a wider political and social context. To be included in this contest, we suggest some thoughts to help determine whether your play falls within our parameters of consideration:

Scripts can tackle topics as diverse as homelessness, genocide, human exploitation, whether the conflicts are international, among groups and individuals, or through political participation.  Scripts can also seek to create understanding of how conflicts can be resolved nonviolently instead of violently.  Other themes can include minority issues that focus on racial, ethnic, and gender discrimination both in the United States and abroad, with writers making real and relevant the impact of human rights issues on our everyday lives. ADAA hopes this widened scope of the competition will help shed new light on spiritual, political, and cultural differences and issues and build respect for cultural expression and identity in a world that is experiencing rapid globalization and chaos. A play about the horrors of war, torture, oppression, religious intolerance, racism, genocide, gender discrimination, bearing witness to suffering, abuse of human rights are considered plays about Human Rights /Social Justice.
SCRIPT EVALUATION AND SELECTION PROCESS
To ensure impartiality and authenticity in the adjudication process, a double-blind system will be adopted. The identity of playwrights will be withheld from judging. Three finalists will first be announced. The identity of the winning playwrights will be released when the prize is announced. Participating writers agree to permit the use of their names, biographies and titles of their plays in all promotional materials. Decisions of the judges are final.

TO ENTER
CHECK OUT NOW
*If "Buy Now" paypal button does not work for you, please try Firefox Browser.
**Already have a paypal account? Send $20 fee to: adaa@armeniandrama.org 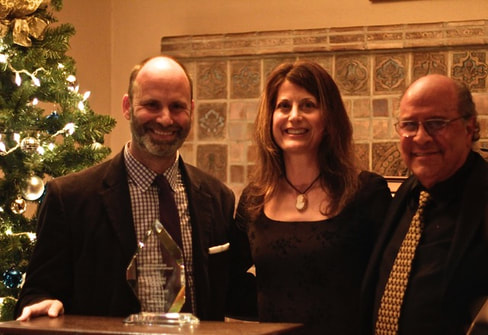 ​Kelly Stuart for
​"Belonging to the Sky"

​Silva Semerciyan for
"Another Man's Son"

SUPPORTED BY
​
THE WILLIAM SAROYAN FOUNDATION
http://williamsaroyanfoundation.org/
ESTABLISHED BY WILLIAM SAROYAN - DECEMBER 30, 1966
The Foundation has overseen the archives of William Saroyan since Saroyan founded it in 1966. In the late 1990s the Foundation donated all of Saroyan’s literary papers to Stanford University Libraries, which now holds the William Saroyan Collection at the Department of Special Collections. The Foundation has also established various writing prizes to honor Saroyan’s legacy.
HAIG G. MARDIKIAN - PRESIDENT OF THE WILLIAM SAROYAN FOUNDATION - A graduate of Trinity College and Harvard Business School, Haig Mardikian is a longtime financial investment executive and current owner of Haig Mardikian Enterprises, a real estate investment firm. He is President of the William Saroyan Foundation in San Francisco, which was established by Saroyan himself. He serves on the Board of Overseers of the Hoover Institution at Stanford University and is a Trustee of the Herbert Hoover Foundation and Presidential Library Association. He is also President/Trustee of the Foundation of City College of San Francisco. His civic involvements around the Bay Area are numerous. He is married to Constance (Black) Mardikian and they have two children: daughter Sasha and son John Haig.
ROBERT SETRAKIAN - PAST-PRESIDENT OF THE FOUNDATION - ADAA honors the memory of Robert Setrakian
Businessman, Friend of Saroyan, and Past President of the William Saroyan Foundation, passed away on September 2, 2010 at age 86, instrumental in establishing ADAA’s William Saroyan Prize for Playwriting.
​ 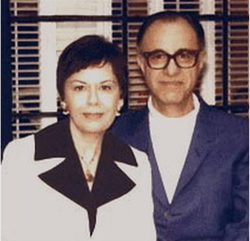 AND SUPPORTED BY
​THE LILLIAN AND VARNUM PAUL FUND
​
​The Saroyan/Paul award was established in honor of Paul's dedication to Armenian society and culture. In 2008, Varnum Paul died at age 100 from stroke complications. As a lawyer, civic leader and philanthropist, founding father of the western diocese of the Armenian Church Endowment Fund, Varnum Paul, along with his wife, Lillian, and daughter, Karen Kondazian, established a goal and honor for writers everywhere, for many years to come.