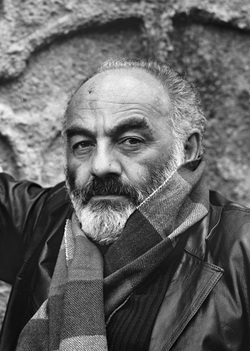 Sergei Paradjanov was born Sarkis Yossifovich Paradjanian on January 9th, 1924 in Tbilisi, Georgia. He studied railway engineering, and later studied song and violin at the Tbilisi Conservatory of Music, before attending the Moscow Film School from 1946 to 1951. His diploma film, Moldavian Fairy Tale (1951) has been lost. He made several documentary films during the 1950s which are in the Kiev archive, and then made a series of feature films at Dovzhenko Studios: The First Lad, Ukrainian Rhapsody, and The Flower on the Stone.Then in 1964 Paradjanov’s ninth film, Shadows of our Forgotten Ancestors, created a furor by revolting against the Social Realist principles of Soviet cinema. The film had a very limited release in the Soviet Union, though it received awards at international film festivals.

His next films were plagued by production interruptions and other difficulties. He began shooting a film called Sayat Nova in Armenia but the director’s cut was confiscated; Paradjanov eliminated 20 minutes from his original film in order to rescue the project, and released the re-edited remainder under the title of The Color of Pomegranates (1969). Widely acclaimed as a masterwork of modern cinema,The Color of Pomegranates yet remains a fragment of its creator’s original vision: “My masterpiece no longer exists,” Paradjanov said. Paradjanov’s career was forcibly halted at this point. He was arrested in Kiev in 1973 and sentenced on April 25, 1974 to five years in a prison camp. The charges against him were: “business with art objects,” “leaning towards homosexuality,” “incitement to suicide,” and “black-marketing.” Released in 1978 following protests by friends and artists world-wide, he was allowed to return home to Tbilisi, but not allowed to make films. In 1982, he was again arrested and detained by the KGB. After 15 years of being blacklisted, Paradjanov was finally allowed to make several films in Tbilisi. He had just begun making an autobiographical film, Confessions, in 1989 when he fell ill with lung cancer. He died on July 20, 1990, in Yerevan, where he was buried. 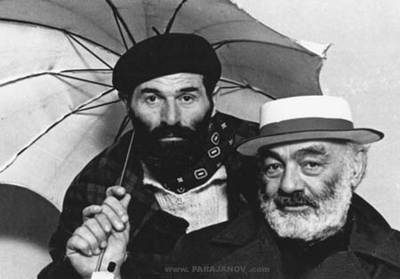 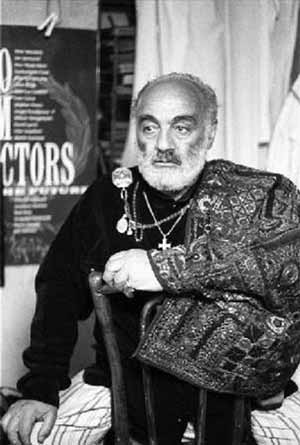 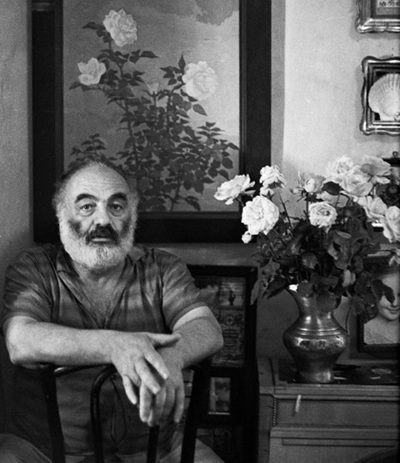 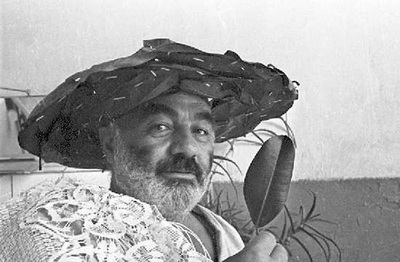 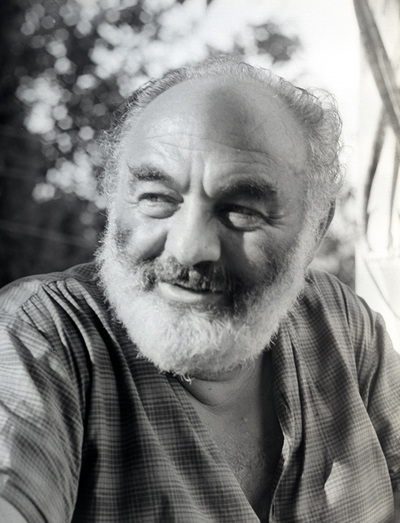 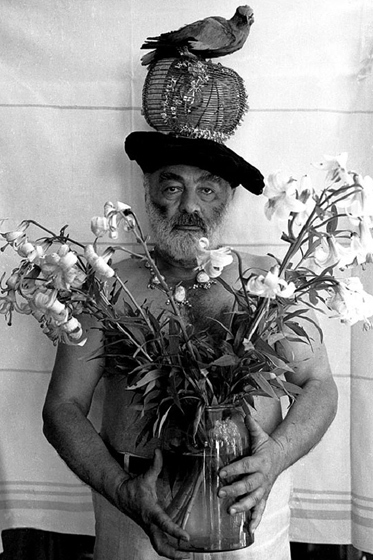 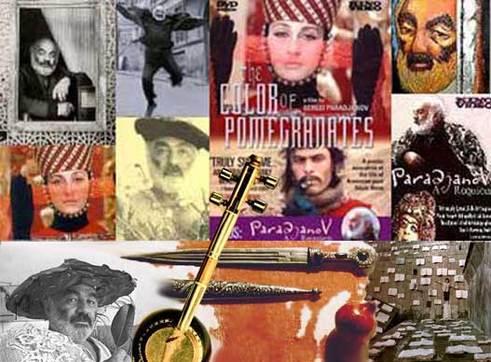